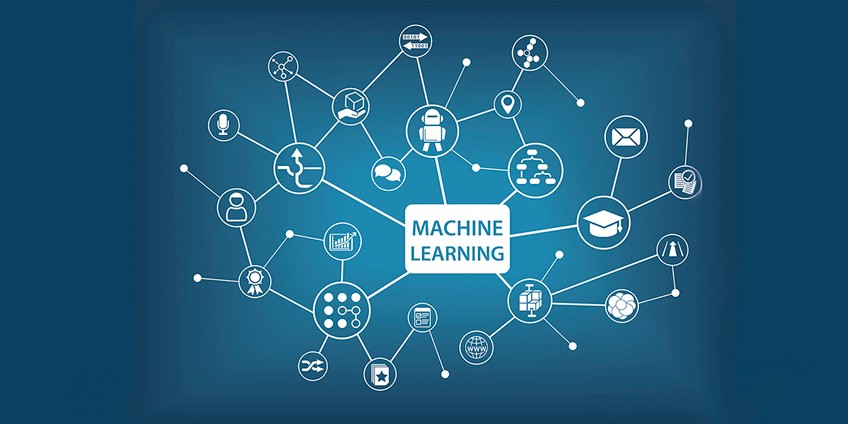 Today, Artificial Intelligence is one of the hottest and trending topics. In fact, most startups already are making progress in areas like neural networks, machine learning, natural language, and image processing. With a huge increase in Ai and machine learning adoption, there has been a steady growth in the number of software tools available for developers to make good use of.

Understanding the best software to use could mean the difference between creating a fully functioning AI algorithm. If anything, getting to know the different AI frameworks and APIs will enable developers to learn a new skill as a demand for knowledge. In this guide, we take a look at some of the top AI technologies for small business and start-ups.

TensorFlow is an open source software platform that is specifically designed for machine learning projects. It was first developed by engineers and researchers working on the Google Brain Team. Additionally, it works by offering a library comprising of numerical computation using data flow graphs. It, therefore, let developers deploy deep learning frameworks over a number of central processing units on tablets, mobile, and desktop devices.

TensorFlow offers multiple APIs. The lowest level API of TensorFlow gives you complete programming control. Moreover, the Top level APIs are built on TensorFlow Core. Besides, it includes lots of tutorials, documentation and online resources, so if you are unfamiliar with the platform or Python, TensorFlow provides lots of support for developers.

Initially released in 2017, Caffe is a deep learning C++ framework created to provide developers with an imaging-based automatic inspection tool. Besides, it focuses on speed, expressiveness, and modularity. It was developed by Berkeley Vision and Learning Center as well as a community of developers. Today, the framework is being used as part of academic research projects, making startup prototypes and even-large industrial apps in vision, multimedia, and speech.

Some of the notable features of this framework include an expressive architecture which inspires innovation, extensive code that facilitates active development, a fast performance that accelerates industry development, and a vibrant community that stimulates growth.

Torch is an open source machine learning library. It is a scientific computing framework and scripting language that is based on Lua programming. Besides, it provides an array of algorithms for deep machine learning. Additionally, it is used by Facebook, Yandex, IBM, and The Idiap Research Institute. Besides, its usage is extended for use in both iOS and Android to build hardware implementation for data flow such as the ones found in neural networks.

Some of the key features of this framework included N-dimensional arrays, numeric optimization routines, linear algebra routines and support for both Android and iOS platforms. For natural language processing in Python, PyTorch open source library is used.

This is an open source deep learning library for JVM (Java Virtual Machine). It was created by Skymind, a San Francisco company which offered training, support and enterprise distribution. The library can serve as a DIY for Scala, Java, and Clojure programmers working on Hadoop and other file systems. Besides, Deeplearning4j allows developers to configure neural networks and is designed to be used in a business environment on distributed CPUs and GPUs.

--Template Gallery: This a section where you can download engine templates for different types of machine learning applications.

This is an open source class library developed using C++ language. It helps in implementing neural networks. In addition, the library class has been designed to learn mathematical models and data sets. Besides, it provides an efficient framework for research and development of applications in neural networks and algorithms. Moreover, it implements data mining as a set of functions. The functions, therefore, can then be incorporated into other software tools using an API for interaction between the task of predictive-analysis and the software tool.

The main merit OpenNN is its high performance. This is due to that fact that it is developed in C++ for better memory management and high processing speed.

This is a machine learning framework that is combined with image processing and audio libraries. The framework is developed in C#. In addition, it is designed for developers to build apps such as computer vision, pattern recognition, signal processing, and machine listening for commercial use. Besides, it is divided into multiple libraries that users can choose from. The libraries include; signal and image processing, scientific computing, neural learning algorithms, real-time face detection among others.

Released in 2007, Theano is an open source Python library that allows users to model different machine learning. It is one of the oldest libraries; thus, it is regarded as a standard that inspires deep learning. At its core, Theano allows users to simplify the process of defining, optimizing, and assessing mathematical expressions.

Besides, it is capable of transforming your structures into efficient code that can easily integrate with other languages like native C++, BLAS, and NumPy. Moreover, it is optimized for GPUs; hence, it provides efficient symbolic differentiation that comes with extensive code-testing capabilities.

Developed in 2017, Infosys Nia is a knowledge-based AI platform. It is a system that collects and aggregates organizational data from users, processes, and legacy systems into one self-learning knowledge base.

Infosys Nia was developed to handle difficult business tasks such as forecasting company’s revenues and what to products to be built. These tasks are based on an understanding of customer behavior. Besides, it enables organizations to manage customer inquiries in an easy and more fashionable manner, Additionally, it has a secure order to cash process that has a risk awareness which is delivered in real-time.

Find more software to you run your business